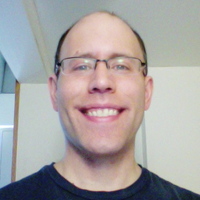 Joshua Mozersky works in metaphysics and the philosophy of language, with some dabbling in the philosophy of science. His current work defends a theory of time known as the B-theory. The B-theory combines an ontological thesis-eternalism-according to which (the contents of) all times are equally real, and a semantic thesis-tenseless time-according to which the logical form of tensed predicates can be explicated in tenseless terms. He is currently completing a manuscript, Time, Language and Ontology, that defends the B-theory and explores its implications for the semantics of temporal predication in general, and the metaphysics of objects and temporal parts. Additional research interests include: rationality; the nature, history and limits of analytic philosophy; the relationship between philosophical and scientific investigations into the nature of reality. His articles have appeared or are forthcoming in The Oxford Handbook on Time, Philosophical Studies, Synthese, Chronos, Literary Review of Canada and International Studies in the Philosophy of Science. He has taught courses in metaphysics, epistemology, philosophy of mind, philosophy of science, philosophy of math, and logic. He has previously held positions at the University of Toronto, Colgate University and Ryerson University.